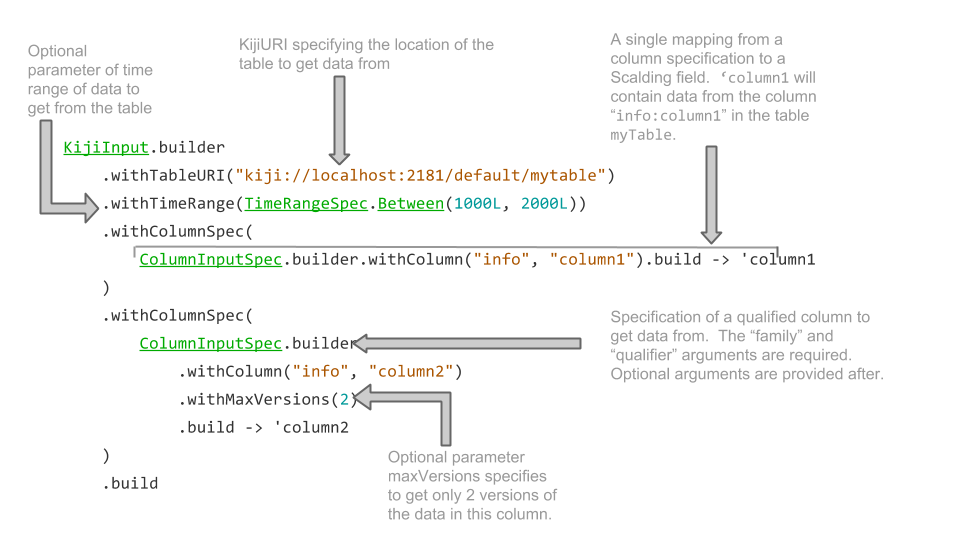 You can specify an optional time range, or range of versions, on a KijiInput. (Note that the time range is applied to the entire input request and not a single column. You can further control how many versions of an individual column are returned by using maxVersions described further ahead.). This time range that limits the data returned from all the columns you request to that time range. The default time range is All, which imposes no limits on the data from the columns of the table.

Note that this means the ’email field will contain only the data in the userinfo:email column that has version numbers before 1000L. Since we only requested a maximum of 2 versions of that column, this means we get the most recent 2 versions of the user’s email before version 1000, even if there are more after version 1000. This also means the ’purchases field contains all the purchases that fall within the specified timeRange for this KijiInput, not all purchases that are in the users table.

This specifies the Avro schema to read the data in this column with. For more information about Avro schemas, see the KijiSchema userguide section on Schema evolution. Here are the options: 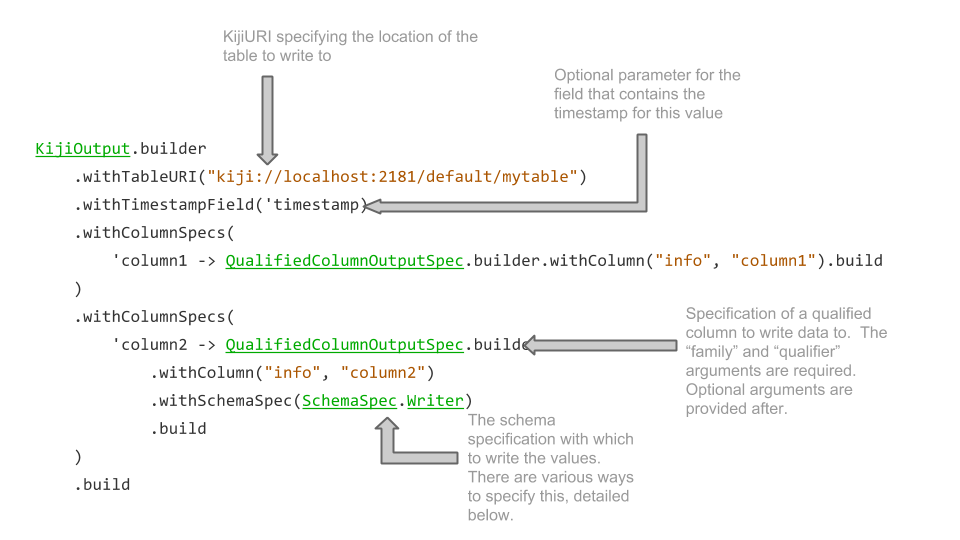 The HFileKijiSource is a special write-only source that allows for the contents of a pipe to be written to HFiles for later bulk loading into HBase. From an API perspective, writing a Scalding job that writes to HFiles is as simple as: * Extending HFileKijiJob instead of KijiJob. * Writing to HFileKijiOutput instead of KijiOutput. They are the same except HFileKijiOutput requires a hFileOutput parameter that specifies where the HFiles are output by the job.

Please note; however, that due to the limitations around this implementation of writing to HFiles, that only one Scalding pipe can write to an HFileKijiSource.

Please note that unlike other KijiExpress jobs that extend from KijiJob, when generating HFiles, your job must extend HFileKijiJob and only one pipe can write to an HFileKijiOutput. The reasons for these limitations are as follows: